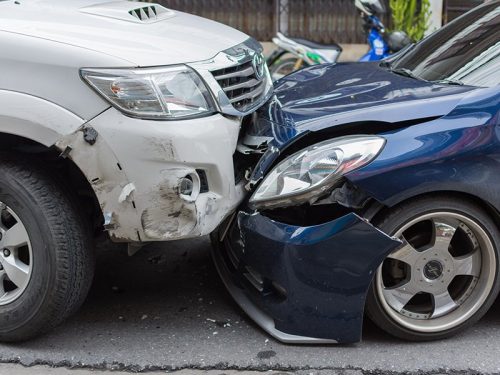 You have probably heard traffic officials in neighboring San Francisco complain that ridesharing companies are increasing traffic jams, but could that be true here in Oakland? A new study is shedding light on the rideshare traffic problem, and the consequences of so many vehicles on the road.

Did you know that U.S. traffic fatalities were at their lowest levels since 1949 during 2010? That trend has reversed itself. Traffic fatalities are rising. According to a joint study from the University of Chicago and Rice University, ridesharing may shoulder some of the blame.

By using U.S. Census data and focusing on 1,185 areas where ride-hailing apps became available, researchers say that traffic collisions have increased. When looking at non-alcohol related accidents, they found a 2 to 4 percent increase in collisions nationwide. Researchers say these results are consistent with the traffic increases caused by ride-hailing apps. These increases are especially focused in large urban areas, which means you have probably seen ridesharing accidents firsthand.

Oakland has seen an increase in ridesharing traffic just like the rest of the Bay Area. It has become such a problem that Uber and Lyft cars are using our bus stops and color-coded bike lanes as their own designated pick-up and drop-off zones.. This has led to serious accidents as cyclists, pedestrians and other drivers try to avoid rideshare vehicles as they suddenly stop or turn. This behavior also puts rideshare passengers and drivers at risk.

Can I Sue Lyft or Uber After a Traffic Collision?

To avoid legal liabilities, companies like Uber and Lyft have attempted to designate their drivers as independent contractors. This often keeps individuals from directly suing the company if a rideshare collision causes an injury, but there are still ways to pursue compensation for your damages.

In the case of Uber and Lyft, if the driver has the app on and is transporting a rider, then accidents are covered by a $1 million liability policy. This can help victims deal with costs such as medical bills, property damages and lost wages, but there’s a catch. If the driver only has the app running and is not transporting a fare, that coverage goes down. If the app is off, then the rideshare driver’s only insurance is their personal policy. Having an attorney can help you sort through this liability mess and obtain compensation for medical bills, lost wages, pain, and emotional distress.

An experienced attorney understands California’s transportation network company scheme, and can help victims negotiate with the insurance company representing these entities. . At Heinrich Law, we focus on our clients’ needs and work towards fair settlements that account for  those needs. We have over 30 years of experience and have recovered millions for clients.  Call us at (510) 944-0110 to find out if we are the right fit for you. The initial consultation is free.