Why Signing an Insurance Settlement Might Be a Bad Idea 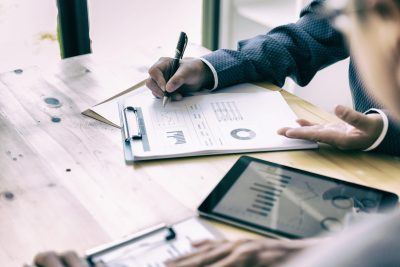 Your insurance company is supposed to look out for you when it comes to an auto accident, but this isn’t always the case. As a business, insurers are trying to meet their bottom line. This can lead to delays and denials of coverage if the company’s interests do not align with the clients they insure. Since some people are unaware of this disconnect, insurance companies can take advantage of their customers in ways you might never suspect.

Is Signing an Insurance Settlement Release a Big Mistake?

While driving the company vehicle in October of 2010, a California worker was struck and injured by another vehicle as he drove through an intersection. That employee would soon become tangled in a legal web designed to reduce the liability of insurance companies.

The insurer presented the court with the insurance settlement release the employee had signed months earlier. That release included language that said the employee released the insurer from any and all future claims related to the accident. The court dismissed the bad faith claim.

Do I Really Have to Sign That Insurance Settlement Release?

This story represents just one of the many strategies insurance companies use to force claimants to accept low settlements. Though signing a release to settle a claim is common, providing the insurance company with a full release that absolves it from future claims related to an accident is not required. Few consumers realize full releases are not required to claim an insurance settlement, and some attorneys don’t realize this either.

At Heinrich Law, PC, we understand this trick and many other strategies employed by insurance companies. Marjorie Heinrich won awards serving as defense counsel to insurance companies. Now she uses that experience to help plaintiffs who are trying to recover from catastrophic injuries. Choose a lawyer who knows the tricks insurance companies use to deny payment. Call (510) 944-0110 for a free consultation today.