Home » Blog » Driving Safety » Is the Rear Seat the Safest Place In Your Car?
Blog

Is the Rear Seat the Safest Place In Your Car? 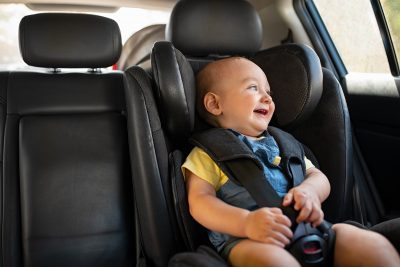 Has the backseat actually gotten more dangerous? The answer is no. The front seat has just gotten safer.

The reason that backseats are no longer the safest places to sit has a lot to do with improvements in safety. Over the last decade, car manufacturers have installed both active and passive safety technologies. These include better airbags and forward collision warning systems.

The backseat, however, has not received those protections. As such, the front seat has gotten safer while the backseat has remained the same.

The IIHS study found that rear seat belts actually cause injuries in frontal collisions. The study found 117 front-end crashes in which a rear seat passenger was either seriously or fatally injured. In almost half the fatal crashes, occupants suffered chest injuries due to their seat belt. Researchers found that better vehicle design and safety equipment could have prevented the majority of these injuries.

Rear seat belts are less likely to use pre-tensioners that tighten up automatically during a crash. When they do not, the passenger’s body may build up too much momentum or strike a fixed object in the car.

In addition, rear seat belts are less likely to use force limiters. This helps reduce chest loads by allowing the belt to stretch slightly in more severe accidents. Without a force limiter, the body may suffer serious and fatal chest injuries.

By 2022, the IIHS hopes that there will be a backseat crash test available. This test will help consumers choose vehicles that offer their passengers the best protection during a crash. They also hope that their study will encourage auto manufacturers to focus on backseat safety in the upcoming decade.

Where Should Kids Sit?

Even though the back seat has not kept up with improvements in safety, kids should still sit in the back seat. According to the American Academy of Pediatrics, children under the age of 13 should sit in the back seat. Children should also sit in age-appropriate car seats and booster seats. When children are old enough and large enough, they should use the vehicle seat belt.

If another driver injured you or someone you love, you need an experienced Oakland car accident lawyer in your corner. Car accidents can result in serious and life-changing injuries. They can also lead to permanent disabilities. Your lawyer can protect your rights to full and complete compensation every step of the way.

Contact the Oakland car accident lawyers at Heinrich Law at (510) 944-0110 or fill out our confidential form for a free initial consultation and review of your case. We are conveniently located in Oakland and serve all individuals and families throughout the Bay Area. Call us now!